Click on an image below to view the accompanying bio. 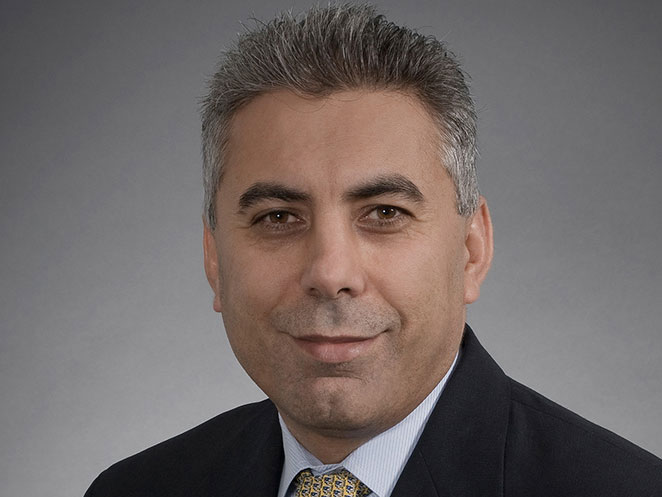 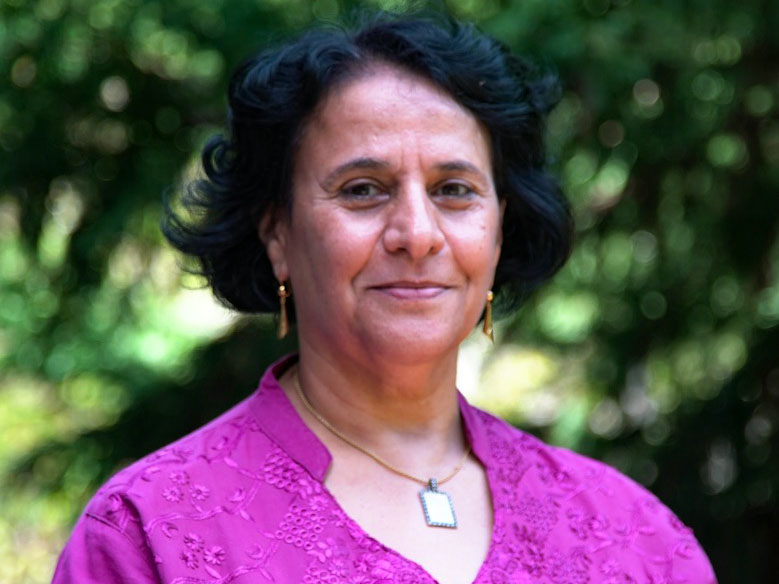 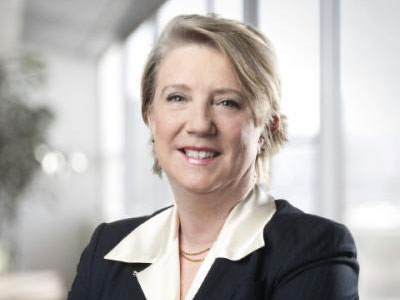 Dr Mokdad is a Professor of Health Metrics Sciences at the Institute for Health Metrics and Evaluation (IHME) and Chief Strategy Officer for Population Health at the University of Washington. The Population Health Initiative was launched by President Ana Mari Cauce to create a shared vision for improving the health and well-being of populations locally and around the world.

As a public health researcher, Dr. Mokdad has published groundbreaking work on local-level disease trends and some of the leading risk factors for poor health. His work on obesity is among the most highly cited in the field.

As Director of Middle Eastern Initiatives for IHME, Dr. Mokdad builds IHME’s presence in the Middle East through new research projects, dissemination and uptake of IHME’s methods and results, and consultations with regional leaders in population health.

Dr. Mokdad is the principal investigator for the monitoring and evaluation of the Salud Mesoamerica Initiative, which provides independent evaluation for the public-private partnership between the Mesoamerican countries, private foundations, and bilateral donors. This partnership seeks to reduce inequities in the coverage of basic health services among the poorest populations in Mesoamerica. He is also the principal investigator of “Visualizing the impact and cost of interventions on future projections of diarrhea burden,” whose goal is to provide 25 years of forecasting for diarrheal disease burden and a simulation for the cost-effectiveness of known and developing interventions.

Prior to joining IHME, Dr. Mokdad worked at the US Centers for Disease Control and Prevention (CDC), starting his career there in 1990. He served in numerous positions with the International Health Program; the Division of Nutrition and Physical Activity; the National Immunization Program; and the National Center for Chronic Diseases Prevention and Health Promotion, where he was Chief of the Behavioral Surveillance Branch. He also managed and directed the Behavioral Risk Factor Surveillance System (BRFSS), the world’s largest standardized telephone survey, which enables the CDC, state health departments, and other health and education agencies to monitor risk behaviors related to the leading causes of morbidity and mortality in the United States.

Dr. Mokdad has published more than 450 articles and numerous reports. He has received several awards, including the Global Health Achievement Award for his work in Banda Aceh after the tsunami, the Department of Health and Human Services Honor Award for his work on flu monitoring, and the Shepard Award for outstanding scientific contribution to public health for his work on BRFSS.

He received his BS in Biostatistics from the American University of Beirut and his PhD in Quantitative Epidemiology from Emory University.

Aisha is currently working with as an Independent consultant coordinating health related projects in Yemen. Between 2010 and 2012, Aisha supported the CDC’s Field Epidemiology training Program. Prior to that, she was the director for HPV Vaccines: Evidence for Impact project at PATH.  She was with the US Centers for Disease Control and Prevention from 1995 to 2008.  She served as team leader for varicella and zoster vaccination program.  Previous positions within CDC have been with the National Immunization Program, the Division of Cancer Control and Prevention, the Nutrition Division, and the Agency for Toxic Substances and Disease Registry. She has also held the position of assistant professor at the Rollins School of Public Health, Epidemiology Department at Emory University.

Aisha also worked in her native home, Yemen, with UNFPA and UNDP. She also participated in health-related program development, evaluation, and training activities for Peace Corps. She was an assistant professor on the Faculty of Medicine and Health Sciences, Sana’a University, and consulted on research projects for various ministries, USAID, Save the Children, and Dutch Embassy.

Aisha Jumaan earned her PhD in Epidemiology from the University of North Carolina, Chapel Hill, NC., her Masters in Public Health from Emory University, Atlanta, Ga., and her BA, Biology from Mills College, Oakland, Ca.

Ann Marie Kimball is a physician and epidemiologist. A strategic adviser for Rockefeller Foundation, she served as technical and strategic lead for the Bill and Melinda Gates Foundation surveillance strategy formation.

She was also senior program officer with the foundation, prior to which she served as professor of epidemiology at the University of Washington School of Public Health where she is now emerita.

During her tenure at UW, Dr Kimball founded and directed the APEC Emerging Infections Network, and led research and training programs in Peru and Thailand.

Her research focus on global trade and emerging infections earned her a Fulbright New Century Scholars award and a Guggenheim Scholars award.

She is the author of Risky Trade: Infectious Diseases in an Era of Global Trade and has authored numerous scientific publications and served on several Institute of Medicine panels.

Most recently she led the Rockefeller Foundation evaluation of their global disease surveillance network portfolio.

She is a fellow in the American College of Preventive Medicine and member of the National Biosurveillance Advisory group, Centers for Disease Control. 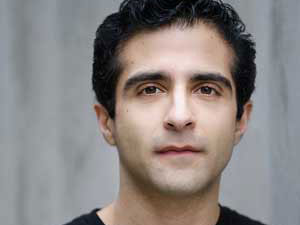 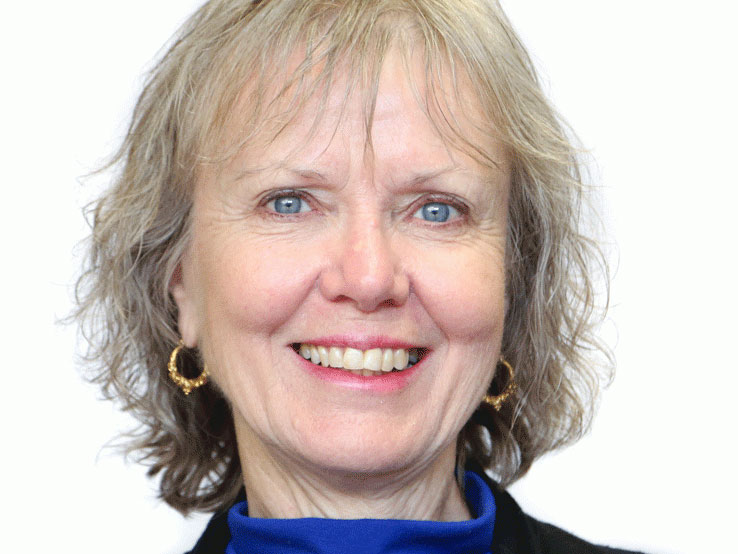 Moh Kilani is an advisor at Galvanize Partners, a consultancy that develops strategic communications solutions for clients, including multinational corporations and international organizations.  Kilani has a decade of experience in international business and foreign affairs with a focus on the Middle East and North Africa. He is also a Security Fellow with the Truman National Security Project. Kilani has also worked with communities in the Northwest United States as a civil rights advocate.

Previously, Kilani managed an American export venture in North Africa.  He also served as an analyst on leading technologies and developed public-private initiatives that promoted those technologies, including blockchain.

In addition to his work in the Middle East and North Africa, Kilani has both published and presented papers on the Arctic and policy making with a focus on diplomatic initiatives undertaken by city government.  He served previously as a fellow at the University of Washington’s Henry M. Jackson School’s International Policy Institute.

Mary Anne Mercer is a public health practitioner who has spent over 35 years as a university faculty member in public health, focusing on strategies to improve the health and survival of pregnant women and their children in resource-poor areas of the world.

She completed masters and doctoral degrees in public health and taught at The Johns Hopkins University from 1981 to 1995. There she was the director of a program for prevention of HIV/AIDS in Africa and later deputy director of a program to support child survival efforts of U.S. nongovernmental organizations.

Since 1995 she has been on the faculty of the University of Washington’s School of Public Health, where she is also the maternal and child health advisor for Health Alliance International, a center of UW’s Department of Global Health.

Mary Anne went to Nepal as a newly trained nurse practitioner in 1978. There she spent a year trekking from village to village with a team of local staff, providing health services to rural families. That experience shaped the remainder of her career, which she has spent working, teaching and writing about global public health, with a focus on the care of childbearing women and their newborns. She has developed or supported health projects in 14 different countries in Asia and Africa. She currently assists HAI in support of advocacy efforts and programs to strengthen maternal and newborn care in Timor-Leste.

Mary Anne has a particular interest in the effect of globalization on health, co-editing and contributing two chapters to a book on that topic entitled Sickness and Wealth: The Corporate Assault on Global Health. Raised in rural Montana, she and her husband continue to spend time there on a small ranch.

Melody Allen is an attorney for the Suquamish Tribe, a federally recognized Indian Tribe.  For the past 16 years, she has provided legal, risk management, and policy advice to the Suquamish Tribal Council, other boards, and tribal government departments. Melody’s current area of practice focuses on protecting tribal sovereignty; protecting the Tribe’s natural and cultural resources; advising the Human Resources Department for all employee, benefits, and policy matters; and advising on tribal health matters.

She has also advised other tribal programs such as social services, education, housing, and child support, among others.  Melody actively collaborates with other Indian Tribes to address issues of common interest that impact tribes.   She represents the Suquamish Tribe in litigation in the Suquamish Tribal Court; federal, state, and county courts; and other administrative forums for natural and cultural resource protection, water resources/water rights, land use protection, and other tribal matters.

For 20 years, Melody also worked for three engineering/environmental consulting firms in Seattle, where she provided technical, regulatory, and management support for large complex environmental projects and provided litigation support and testimony services for environmental and other cases.