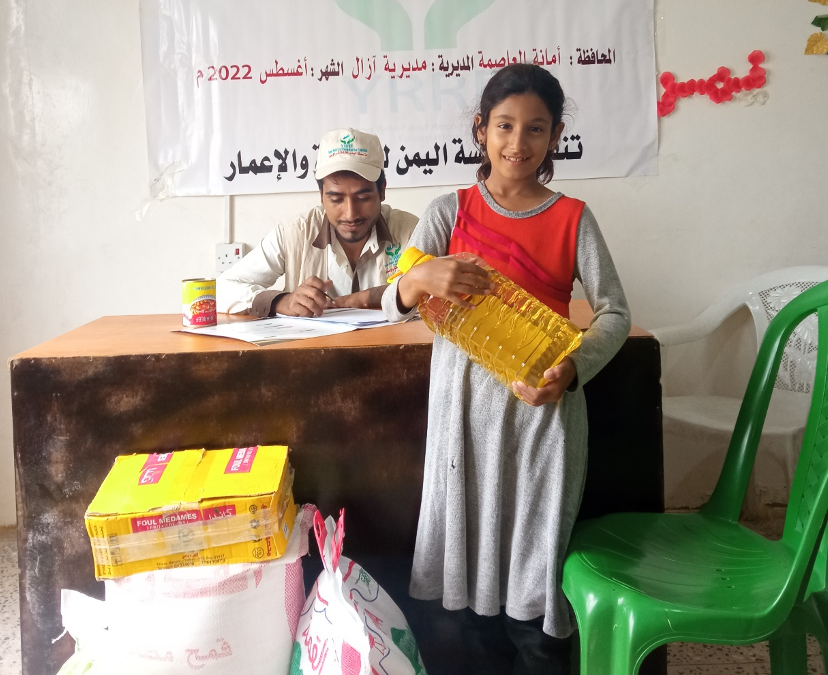 Earlier this month, the UN-backed truce between warring parties in Yemen expired without an agreement to renew the truce. This is extremely unfortunate, as the truce had briefly improved conditions in Yemen. YRRF continues to work with partner advocacy organizations to urge the U.S. to end all support for the Saudi-led war and blockade on Yemen. You can send a letter to your Member of Congress in under two minutes on the FCNL website: End U.S. Complicity in Saudi Arabia’s War and Blockade on Yemen. Every letter makes a difference.

Due to the end of the truce, we anticipate rapidly worsening conditions in Yemen, which has already been plunged into an unprecedented humanitarian crisis. 17 million people are facing acute food insecurity, and this number is expected to increase to 19 million people by the end of the year. The need is immense, and YRRF has been receiving official requests for support that we are unfortunately unable to respond to due to limited resources.

We are committed to Yemen, and the Yemeni people, until there is a just and lasting peace. We will continue our critical humanitarian aid work. Updates on our work in Yemen can be found below.

In August and September, YRRF delivered 6,177 food baskets across Yemen, benefitting 43,239 individuals. 97% of our food basket distribution costs are spent on food, and only 3% on logistics including delivery. 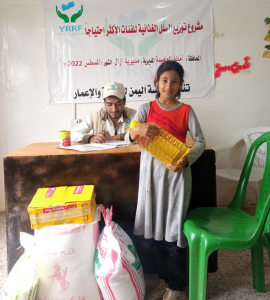 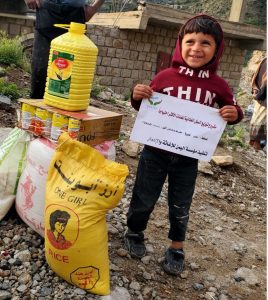 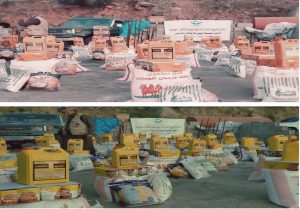 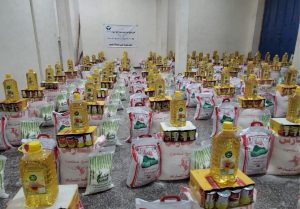 An estimated 1.2 million children have been orphaned by the war in Yemen. YRRF supported 932 orphans in both August and September–this support enables access to basic necessities such as food, shelter, education and healthcare.

In many parts of Yemen, the local currency has collapsed, making basic necessities out of reach for most Yemeni families. In addition to food baskets, YRRF supports Yemeni families by providing livestock for sustainable income generation. In August and September, YRRF distributed 165 sheep to 75 families in Alshahel, Almahaweet, and Sada’a. Additionally, we distributed 300 egg laying hens to 30 households in Taiz (with one rooster for each household). 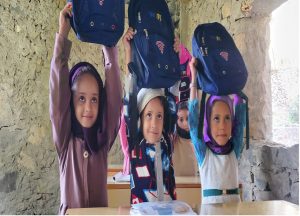 ember, we distributed educational materials to 300 intellectually disabled students at the Handicapped Development Society in Amanat Alasemah, and 5,860 school bags filled with notebooks, pens, rulers, pencils, sharpeners and erasers to schoolchildren. We have been able to distribute school bags in 15 governorates across Yemen.

YRRF is currently supporting 20 girls from 3 governorates who are completing a three-year midwifery diploma. During August and September, YRRF also provided financial assistance in two cases of extreme need and assisted one individual in finances for an open-heart surgery. Additionally, YRRF supported 11 hospitals across Yemen with 818 boxes of medicine and medical equipment. 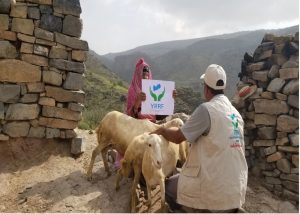 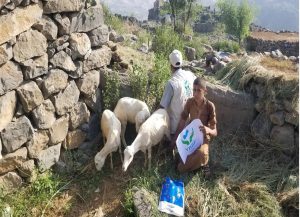 Thank you for supporting our aid efforts in Yemen.

We are grateful to our partners and our donors, who enable our work. We are making sure that the world does not forget about Yemen. Please consider further supporting our work with a donation of $45, which supports a family of 6 for one month. 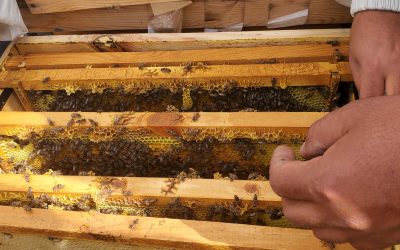 Several encouraging Yemen-related developments occurred last spring–first, the announcement of a two-month truce in April, the resumption of commercial flights out of Sana’a, and fuel ships being allowed into the country. Late in May, several members of the U.S. House...

END_OF_DOCUMENT_TOKEN_TO_BE_REPLACED 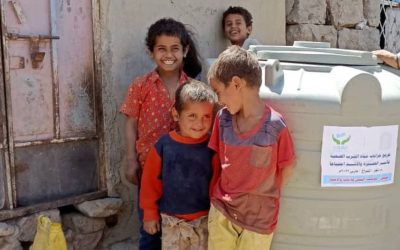 Get a highlight of our new income-generating projects and learn more about our food distribution and orphan support efforts.